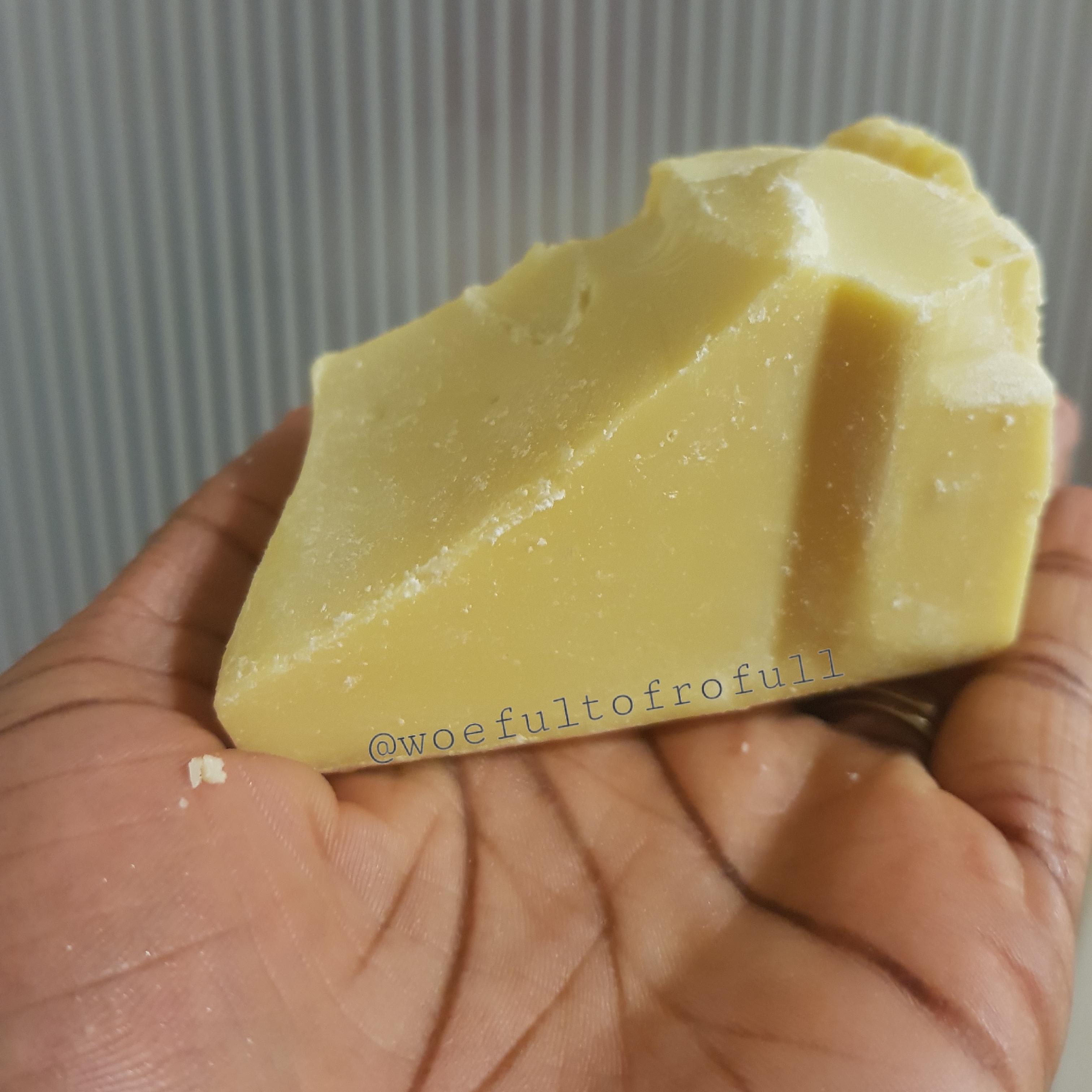 After the “success” of my whipped Shea Butter, I thought I’d give Cocoa Butter a go. Why not? I mean, it smells like chocolate-y goodness. Surely it would work out almost exactly the same. One butter is the same as another? Yea.. 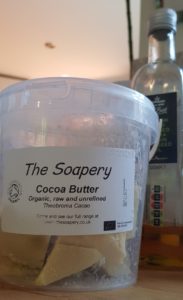 I bought some Cocoa Butter from The Soapery ages ago. I’ve used them before because when you shop on eBay and Amazon, they often come up as the cheapest and most reputable company for things like Castor Oil, Shea Butter and the like. The packaging isn’t fussy, you get exactly what you order, no more, no less. I bought 1kg for £13.99 about a year ago. Part of the reason that I hadn’t used it was because it was pushed to the back of the cupboard behind all the millions of other things I’ve bought or been gifted in the meantime. But you can only put things off for so long, like writing the conclusion to my Inversion Method post which took 6 months. Six whole months!

Now finding recipes on how to use Shea butter is beyond easy, it’s obviously the go to butter for most naturalistas. But when you try to find specific hair DIYs to use Cocoa Butter in, it’s harder. There are a lot of suggestions of just using it instead of Shea or Mango. But I wanted to read about someone who had Cocoa Butter in mind. Luckily, Google turned me onto my most favourite curly hair resource, Naturally Curly where they suggested 4 nifty ways to use Cocoa Butter for hair.

Thy suggested using it as a Deep Treatment, Colour Gloss, Pre-Poo and Frizz Fighter, which are all great suggestions but I still wasn’t finding an article about using it as a good old hair butter, the C (cream) in my LOC Method. I settled on their really informative How To Make Your Own Hair Butter, even though it wasn’t Cocoa Butter specific, it is a general method for making any kind of hair butter. And it was very similar to the Whipped Shea Butter and SheaAloe Mix I’ve made in the past.

Some of the benefits of Cocoa Butter and indeed all butters are that they nourish the hair, have moisture sealing properties, penetrate the cuticle and help boost hair’s shine according to Neno Natural.  So why wouldn’t you want to use it? 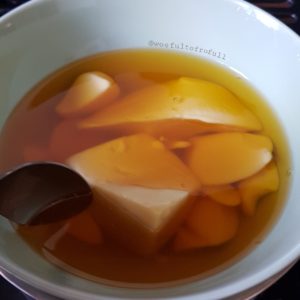 So as I said earlier, I carefully read the article about creating a hair butter, went off and did something else for a couple of hours and tried my best to remember what I read! I used about 8 ounces of butter and a tablespoon of Rapeseed Oil and melted it over a double boiler or bain-marie if you’re fancy or in simpler terms a bowl precariously balanced over a pot of hot water. This gently melts the butter or whatever you are trying to melt in a safe, measured way.

The Cocoa Butter I was using was in super large hard chunks and also some little grainy bits, which I threw in. Let me tell you, Cocoa Butter is a stubborn one when it comes to changing state. Shea Butter softens with heat so you can whip it but this Cocoa Butter was solid…for ages. In the end, I had to let it liquefy completely. With the thought of sticking it in the fridge to harden slightly but quickly so it could be whipped.

I checked it every few minutes until I was happy it was a creamy texture. I took it out of the fridge, added 10 drops of Tea Tree essential oil which I initially thought would be a weird combination but I think it worked. And that is possibly the only bit that did work. As I whipped the partially solid mixture. It became rock hard and crumbly within 30 seconds. So after all that fuss, it was basically at the hardness it was before but crumbly and horrible and why do I waste my life… This was miles away from the gorgeous Flora & Curl butter that I seemingly can only aspire to one day create.

I have tried to put my problem solving mind to work and figure out how to better this next time, if there is indeed a next time. A heavier oil, to not let the butter liquefy completely before whipping, letting it solidify at room temperature and not be in so much of a rush. There are always lessons to be learned with a little trial and error.
Or maybe the answer is to just use it as is. Cocoa Butter will melt in your hands when you rub it together. Maybe keeping my haircare natural is important but keeping it simple might be the key.

After the s**tshow that was trying this as a butter, I decided to try pre-pooing. All I can say is melting this stuff in a microwave is just as difficult as the bain-marie. I lost count of how many tentative 30 second bursts I did to make sure I didn’t fry the stuff. Maybe five minutes or so, seems way longer than Shea Butter or Coconut Oil.

What I did notice when it finally made it to my hair, there seemed to be less itching than when I’ve used Coconut Oil or Jamaican Black Castor Oil. I do sometimes think my scalp can be quite sensitive but I tend to ignore it. I know that’s not the right option because if you know there’s a problem you should deal with it. My scalp also seems temperamental because products sometimes affect me and sometimes don’t. What’s a girl to do? Maybe the lack of itching was because I was deliberately light handed due to this being the first go-round.

I tried it on the kids too, unfortunately for my little ones, especially The Middle Child, they did not like the smell. Not. One. Bit. But we persevered with our hair in plastic caps, covered by a variety of beanies and woolly hats. My daughter’s hair was probably the driest before we pre-pooed but I felt it reviving it as it was rubbed into her hair strands, especially her coarse edges. But after the 20 minutes were done, the hair didn’t feel as I expected. I was expecting luscious and what I got was lacklustre. Perhaps it didn’t need the heat or it should have been washed out straight away. But not a fan of this use for Cocoa Butter either.

So would I recommend Cocoa Butter? Not at this point, definitely not. I think there needs to be a bit more experimenting and I have enough to keep me going. Although, it’s coming to the end of it’s best before so maybe it might just have to go in the bin? I hate to waste things but maybe Cocoa Butter just isn’t for me. To be continued I think…

What DIYs have you tried? Have you ever worked with Cocoa Butter?