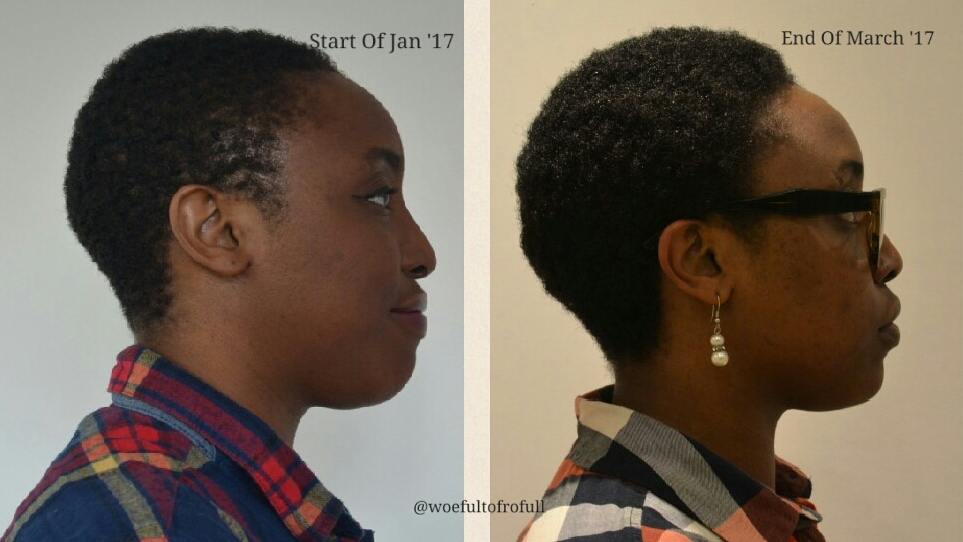 We’re just over a third of the way into the year and I thought I should do a round-up of what I’ve been doing or not doing. I didn’t really have any New Year’s Resolutions other than building on what I had started with my big chop or big shave or or whatever you want to call it and seeing where it would all take me. I’ve learnt a few things. I’ve needed to re-learn things. I’m learning that the learning isn’t going to stop soon! Especially since my memory is so poor. That’s when having a blog as a record of what you’ve done comes into its own.

Now if I had straight hair, I’d be rocking a cute pixie cut by now but as it stands my hair doesn’t really look any longer than it did at 1 month in. However, as a small victory for me, even my husband has said “it’s getting long now, isn’t it?” There must be something a little impressive going on up there if he’s getting involved and commenting on it. I haven’t got the tape measure out because that would be off my schedule and I don’t want to get too caught up with the actual length. I just like to know it’s growing.

I took the time to write a schedule for all the hair treatments and skin treatments I plan on doing every day. Every 12 weeks from the beginning of the year I had scheduled to do a trim. When I saw that it was scheduled for the other day I looked at myself in the mirror and I think I was actually giving myself side eye. How ridiculous! A trim, really? And I had no idea how I was going to go about doing it, maybe with a microscope and some tweezers. I reckon I could get away with another 12 weeks, I think… But then I found a split end the other day.

I definitely was not inspecting my head with a magnifying glass, straining in front of a mirror to find it. But I was horrified when I did. I thought about taking a picture to prove it existed but I had gotten rid of the offensive hair as soon as I saw it due to severe shock. Then I thought I could get a cool picture out of it for the blog. By this time I had no chance of finding it now it had fallen off the brush (needle in a haystack anyone!) and I haven’t noticed another one. I am reassured that even healthy hair splits a little so I don’t need to freak out too much. But my eagle eyes are on the look out for more which will be duly deported from my head as soon as spotted. 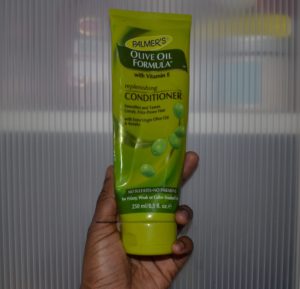 Between November and the beginning of January I was faithfully washing my hair with Palmer’s Olive Oil Replenishing Conditioner twice a week. Quite early on in the New Year I realised that was too often. I have noticed these last couple of weeks that my hair has been particularly soft and I think it might be a happy accident due to missing my fortnightly shampoo/ ACV rinse. From the beginning of my journey I have been a little uncomfortable with the idea of not using shampoo for up to 4 weeks at a time which is often stated as a natural hair co-washing rule but turns out I was wrong, everyone else was right, my hair seemingly loves it. I think because so many of the conditioner’s out there for co-washers are cleansing conditioners, as well as the moisturising qualities of the conditioner you are getting the cleaning power and removal of nasty buildup without even really trying. I didn’t trust the method before but now I do. I don’t think I could ever let go of shampooing completely but I was proven wrong once before…

Now there are a few other reasons why the moisture levels may have gone up dramatically, it could be that the weather is slightly warmer, I’ve started using the As I Am Coconut Co-Wash, I’ve used the Carol’s Daughter Hair Milk on wash day a couple of times and also Aloe Vera Juice and/or Gel in my leave-in mixtures. I had said to myself that I would only change one thing at a time so I knew what was making the difference but things went a little skewiff. A couple of products finished within a few days of one another and I got a little excited to start trying others. I hadn’t even realised good things were happening until they all came together making my hair feel like candy floss. Or maybe not candy floss as that gets sticky when you touch it but it feels how candy floss looks. Soft, soft, soft. But due to using so much at once, I don’t know what was really making the difference. 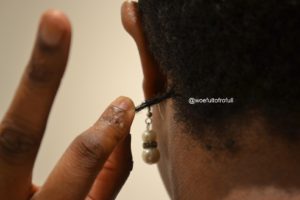 My hair is now long enough to tangle which I know sounds absurd. The annoying thing is, if my hair was a bit longer, I could protective style between wash days to keep tangles at bay but it’s not long enough for that. I’m in this really annoying in between stage where I’m getting knots but there aren’t many options available to me to prevent them. I can’t protective style with synthetic hair or even my own hair. The interim plan is using a Denman’s brush which I gently run over my head to even out my fro and catch some of those little tangles before they become big problems. I only do it once or twice a week on damp hair because I feel  I have to but I don’t want to be doing it at all. I know the Denman’s is very popular to use because of its ability to detangle hair textures like mine, my own sister recommended that I get one, but I think I would much rather finger detangle. Which I know is very easy to say when you don’t have to! I have tried finger detangling on the kid’s hair and got bored quite easily as did they. The Denman’s may have found its way into their hair a few times!

By the way that photo above is of the saddest little two strand twist you ever did see. Not that you could tell it was a twist but check out my shrinkage situation, that is what I call impressive. For those haters out there, that is what I call impressive. You may think that I am crazy! But I want to end on a positive, I got me some hair y’all!!!! Look how long that looks against the rest of my hair, look! 🙂 And before you say “that’s a protective style you could try”, “you lied to me earlier”, “do that to your hair.” My response is…Ain’t nooooooooooooooooooobody in this world got time for that!

Comments welcome below. What are your signs of progress?