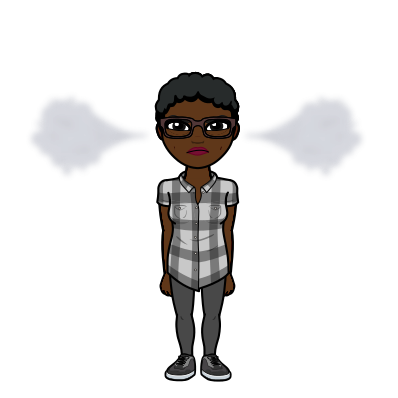 I’m actually feeling moments of relief whenever I start getting these Pet Peeves off my chest. In my last Pet Peeve post, Pettiest Peeves (Part 2) I left off with hand dryers that don’t actually dry your hands. So here we are going into number 12. Oh, don’t worry, I will keep them coming.

I think there are a lot of bad parkers out there. It took me almost two years after I passed my test to feel comfortable reverse parking into a space. I still give myself a little pat on the back if I parallel park between two cars in one go. But there are people who park crazy and literally don’t care. There are so many memes out there of crappy parking so I won’t elaborate too much.

You know the sort, people in huge cars straddling two spaces. People who look like they’ve parked with their eyes closed. Those who park about 20 feet away from the kerb. People in expensive cars parking so close, your climbing out the passenger side because you know you can’t afford to pay for any damage you cause. Please, go take another few lessons. (Btw, that pic is of my parking, I know. What a douche!)

Pet Peeve #12 – Bad parking. My own included.
I like watching reality TV. I like Keeping Up With Kardashians (I may have said this before) but I also love the stuff like Grand Designs, Masterchef, Supershoppers, Chopped etc. Shows that need experts. But I can’t stand when the experts dumb themselves down for the viewer. Okay, we don’t know as much as you know and may need a little schooling but you don’t need to pretend about stupid stuff. For example, I was watching a food show and they were talking about some fruit being unusual and exotic. No it’s not exotic Greg, it’s a f***king avocado. It’s an avocado.
Pet Peeve #13 – Stop acting dumb when I know you know!

I bet you weren’t expecting to see one of these at this time of year but advent calendars get my goat. Maybe it’s a false memory but I feel like they used to have a chocolate for the 25th of December. I can’t be the only one that thinks this. It just seems a bit anti climatic stopping on Christmas Eve. The chocolate isn’t even ever that nice, they’re extremely small and then you don’t have one for the big day. And in my *false* childhood memory, the chocolate on the 25th was the biggest and best. Would it really be hard to add one more chocolate?
And one more advent calendar related peeve, why exactly does the chocolate in an advent calendar reach its use by date on the 30th November the following year? Coincidental…
Pet Peeve #14 – Where my Christmas chocolate at?
Speaking of Christmas, and I think I’m perpetuating the problem here, it comes up way too early these days. People are posting on Facebook at the end of September that they’ve not only done all their shopping but all their presents are wrapped and ready to go. I used to be super organised, like late October organised. I wouldn’t brag about it but it was always nice to have it done. Pat yourself on the back but leave social media out of it (until a more appropriate time of year).
But I can’t with the shops. I’ve spotted Christmas stuff in them as early as September and it used to be the case that they would let Halloween get out of the way. In fact Halloween never even really used to be a thing in the UK until the last few years. But last year, they were putting the Scream masks out with the Santa hats. Do we need to have so much holiday crossover? It wasn’t even January and the Easter eggs were showing themselves. Is there any need??? And I apologise for bringing this all up at this time of year. Sorry.
Pet Peeve #15 – Can we not talk about Christmas until after Halloween please?
So another edition down, I’m out of pet peeves for now. Does this mean I’m zen now? Probably not but I feel a bit better. Sound off in the comments if you want to share yours.
Let’s keep raging together!
xx Lee xx
Comment below if you’re not too angry to type! Much love all.
Tagged blogging, cleansing, pet peeves, pettiest peeves, stuff that annoys me, woeful to frofull, woefultofrofull