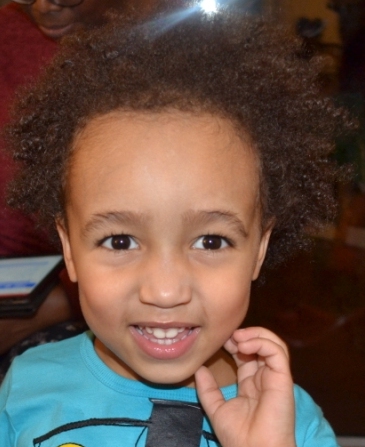 My gorgeous son. My gorgeous-looks-like-butter-wouldn’t-melt-son. Well butter would melt, he’s a hot-headed little monster…at times. I love him but he can be a real handful. So he caused a scene while I was witnessing a scene, so I’ll get that first scene out of the way first.

I was at the bank, one of the places that I loathe the most. It’s a completely irrational hate but it’s there nonetheless. I find it more manageable now that they have self-service machines, in fact, I love all shops more now that they do self-service. I was at the self-service (of course) area. There was an old lady that I’ve seen around town numerous times in what is possibly the biggest mobility scooter I have ever seen. She was fiddling about in her purse so I wasn’t sure if she was queuing or not. Turns out she wasn’t, I went to the machine as she ushered me past, she manoeuvred herself out and left. It seemed quite easy for her but in this very large area I think you could manoeuvre a bus out easily. I did my business and left.

I went to the next bank, I know, two banks in one day, right after a double bank holiday aswell. I get in line. A few people ahead of me was that same old lady. In this bank however, the scooter looked even bigger than it had in the first bank. My first instinct on seeing her was that there was no way she could move round to the counter to deal with the cashier easily, if at all. Turns out, I was so right.

The scooter lady is called forward by the cashier and she has to navigate past another customer. Scooter Lady meekly says “Excuse me” to the young girl being served at the counter. The girl obviously didn’t hear her but Scooter Lady moves forward anyway. The angle she was taking was suspect to me but sometimes things happen slowly in front of you but not fast enough for you to not be able to react. She reversed so she could go forward at a different angle, obviously realising her initial approach was bad but she hit the young girl at the counter which nudged her over a foot or so. The young girl looked annoued but not to put out. Scooter Lady reverses again but when going forward surges with more speed than I think she anticipated and hits the young girl, pinning her against the counter his time. I think Scooter Lady wanted to reverse but instead went further forward into this poor girl, pinning her more forcefully. She didn’t yell but the repeating of “Ow!” indicated that she was not okay.

There was a look of horror on the cashiers faces but behind the glass, what can they do? The old lady made some comment about only having had this scooter for a few days and she wasn’t used to the controls but what I didn’t hear was a real apology to this young girl who hobbled off with the help of her mother. One of the cashiers came out onto the shop floor but seemed more concerned with Scooter Lady than the injured party, maybe they just wanted to get her out before she caused more damage. She reversed herself into a corner and was dealt with there rather than attempting to get to the counter again. The young girl was still there when I left, shoes off, trouser leg up and hopefully receiving some medical attention.

The most shocking part of the incident for me, wasn’t witnessing a hit and run indoors but when Scooter Lady left the bank she seemed to avoid looking at the person she hurt and saying a proper sorry like any normal person should. I wasn’t expecting her to sit with the girl, but at least acknowledging her existence would have been nice, a little nod, an apologetic glance at the very least. When I relayed the incident to my husband, he suggested that the old lady didn’t see the girl. But I know a purposeful avoiding glance when I see one!

In this kerfuffle, my son was deciding that he did not like the Feng Shui of the bank and was moving the activity table they have to keep the kids entertained around. I asked his sister to go over and help him move it back to where it belonged. Little Miss Bossy Boots likes any opportunity she has to be in charge so I was giving her a little responsiblity and chance to take charge. Unfortunately my delegated parenting went a little awry and a fight breaks out over the table. To be fair, fight is a strong word, more of a tug of war. What was I expecting when I sent a 4-year-old over to deal with a 3-year-old? One of the Customer Assistants comes over and has a word with my son, I’m not sure exactly what he said but the table was put back in its rightful place, by him, not the kids. So I finish at the counter and try to discuss my son’s behaviour with him.

Now I know he was hardly being super disruptive but I expect my children to behave impeccably when we are out and about. I know they most probably will not, I still expect it though. Generally their behaviour in public is pretty good but when my son gets that rebellious glint in his eyes, you know there’ll be trouble. It’s not that I hate being the parent with the screaming child in the supermarket, I do hate that, but I want to be seen as the parent that is not ok with it, that disciplines their child and does the right thing. I asked him if what he did was good or bad. His answer, “good Mummy.” No, wrong answer, let’s try again. He knew what the answer was but he was being his defiant little self and wouldn’t say it. “Bad, the answer is bad,” I say and he copies me. First little victory. I tell him to go over to the man and apologise for moving things that he shouldn’t. I thought that this would be the end of it and then we could leave. Now sometimes he is very forthcoming with the apology but this time he wouldn’t and pretended to be shy. So I picked him up and told him to say sorry.

I think the man in bank was a little taken a back feeling it was unnecessary, laughing it off, but I explained we have had some bad behaviour recently and when asked to, the boy needs to apologise. I’ve asked him to do something so I expect him to do it. Still no apology. We pack up our things and I threaten to box up all of his beloved Thomas The Tank Engine trains. Still no apology. We leave the bank. Just outside the door, I try one more time to get the apology. He looks in the bank and I think he realised that if he didn’t apologise now, he never could. As I started to walk away, he tried to run back into bank but was momentarily scuppered by the automatic doors. As another customer left he made his way in and shouted in the bank in his loudest, and I mean loudest voice, “Sorrrryyy!!!” The man in the bank smiles and gives me a thumbs up through the window, almost like he was celebrating my parenting win with me.

Now I know he wasn’t being a little demon, throwing things around, shouting and screaming profanities but if my child misbehaves and I ask for an apology, I expect an apology. Even if getting the apology is a bigger performance than the actual event that needed the apology. Maybe I expect too much from a 3-year-old, sometimes they are a little naughty, a little cheeky, a little mischievous but he will learn, or I will die trying to teach him, that most of the time it is easiest to just say sorry. I don’t want him to get to the age of 90, on a mobility scooter in a bank nudging into someone thinking it is ok not to apologise. I want to be able to always think that I taught him better than that.

Let’s keep growing and parenting together.

Comments welcome below. How disciplined are you with your kids?