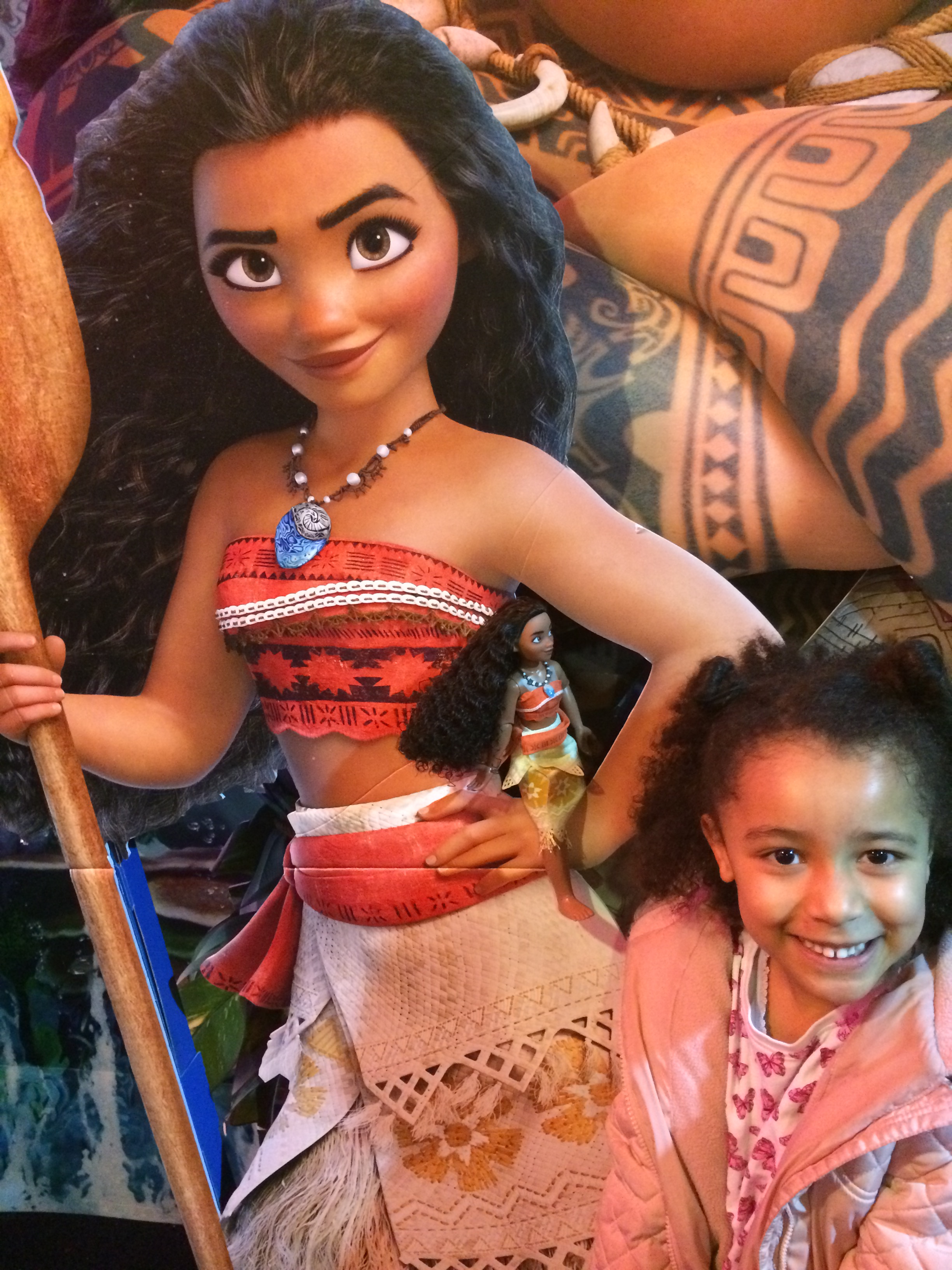 One of them was obviously Moana. I’ll say now that I loved it so much but I’ll get to that later. With three young kids, and I don’t want to whine about it, it is really difficult to find time to go out to enjoy the cinema which is something that I loved to do. I know that there are a lot of people with kids that can but unfortunately where we live, we don’t have the family network that would allow that to be the case. And before going to the cinema on Boxing Day with the two older ones, I felt that taking the baby would be too hard but I now realise it would be ok and will be planning our next trip as soon as possible. I just need to make sure I bring  a bottle, snacks, a (quiet) toy, go to an early screening and be prepared to have to leave the film. Luckily, we went to my hometown for Christmas with family everywhere, everywhere and the baby was well looked after. So instead of waiting for something to come out on Netflix or worse still, waiting for it to come onto “normal telly” we can start going to the pictures again. Yay! So we had the trip to the cinema and then in the evening rented a couple of films to stream.

On Christmas Day my family was having one of their annual conversations on the state of the Marvel Universe or what Disney films are better than Frozen (almost every one is btw). Suicide Squad inevitably came up and it didn’t seem to be getting the positive response I was expecting. Now I am assuming that you, the reader, has seen the film, or if like me, you’re a little late to the party with things then I’ll try not to give away any spoilers. Needless to say I was disappointed, I feel that it was sold as a Joker/ Harley Quinn film and what you get is a Dead Shot/ one liners from Harley Quinn film, which one of my cousins had warned us about before watching. She is the bright spot in the melee. The rest of squad is pretty much sidelined apart from the odd scene detailing their history. Don’t get me wrong, I like Will Smith but he was barely even a flicker in the trailers I saw which makes me think that the studio where not happy with the film they made and marketed it with the most interesting and successful characters being front and centre. Now if all of the Avenger films weren’t floating around as a direct comparison I would say that this was pretty good but the bar has been raised in recent years and it just didn’t quite hit the mark for me. It did redeem itself at the end with allusions to a Joker/ Harley Quinn themed sequel unless that was just wishful thinking from me. So all in all, even though it was disappointing, that doesn’t mean that I didn’t think it was good and I could see myself watching it again but not anytime soon. 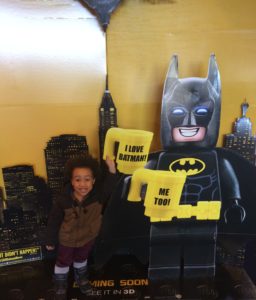 So when we went to see Moana, we saw the trailer for Lego Batman, which looks like it’s going to be a great film and I can’t wait to see it and we may even drag ourselves (all five of us) out to see it. So after seeing this trailer earlier in the day when we were talking about what films to rent for the evening, The Lego Movie was my first choice. “Everything is awesome…” For anyone that has seen the film, you will know that song and over 2 weeks later it is still flying around my head. Now I don’t know if it was because it was late or I was a little distracted by the giant tub of chocolates but I didn’t even realise that this was a kids film until the end with the live action sequences. Again, even though this film is almost 3 years old, I don’t want to give away any spoilers so I’ll leave it there. It really is a good watch and surprisingly heartwarming. I would be interested to see the kids reaction next time, unfortunately we watched it after they went to bed. So bring on Lego Batman! 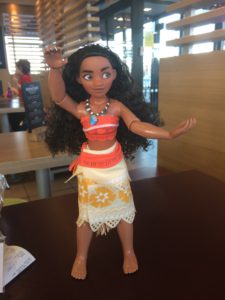 Well what can I say, the old Disney magic was in full effect with this one. I was entranced from the very first second and honestly, would have happily watched it again straight after. Now the main person I wanted to be impressed with this film was my little girl. She is constantly asking me to do her hair like Elsa from Frozen and she thinks that Anna and Elsa are the best thing since sliced bread. And even though I have no problem with her liking them, being completely infatuated, I wanted someone new to be the focus of her attention and if she has dark, curly hair like her, all the better.We even gave her brand new Moana doll an outing to see herself on the big screen which I think was quite the novelty for my daughter.

So to the film, the story was great, the songs were amazing, (You’re Welcome and Shiny being standouts for me) and the computer graphics are just getting unreal now. This film obviously does not have the most realistic looking characters, it’s not trying to have the look and feel of Call of Duty but the water was so realistic that I started to think they had superimposed real water in there and the detail in the woven baskets was incredible.

I also liked that there wasn’t a love story which seems to be the downfall of many a Disney princess story in my eyes. The only other one I can think of where there isn’t a romantic storyline is Brave (another curly heroine!) but that may be, like in Moana, due to the fact that protagonist is a very young girl. That works in my favour considering the age of my daughter, she can hopefully see herself in the fierce, brave and spunky Moana.

Of course, I have to give a shout out to Dwayne Johnson, I remember when he started wrestling as The Rock and to hear him in this film is hilarious to me but also makes me feel a little proud. Look at how far he’s come! I never thought that the guy who’s special move was lifting his eyebrow would be voicing character in the first film I took my kids to see at the cinema (and apparently Moana raises The People’s Eyebrow in the film too which I sadly missed). I thoroughly enjoyed the whole thing and would recommend it so highly.

The film does follow the basic Disney formula – young girl forced to go on an adventure to save her home with an animal sidekick and reluctant helper, facing some evil force that seems to big nfor her to overcome but at least it uses this formula in a very enjoyable way.

The only thing that bothered me, and it was only afterwards, was hearing how some Polynesian communities are not happy with how the film portrays their culture. It sounds like the makers tried to accurately reflect their myths and traditions and it’s a shame that some of the people who this film was trying to portray and uplift do not agree. It’s hard for me to have an opinion on the matter because it’s not my culture or a culture I know much about but from what I saw it is beautiful and rich culture  with interesting and intriguing mythologies I’d love to learn more about. I hope that they can make a sequel to address some of these concerns but also because the film was awesome, made me smile, made my kids smile and had us singing You’re Welcome every time someone said thank you for a straight week. Go see Moana, now!

Comments welcome below. What films did you see over the holiday season with your family?